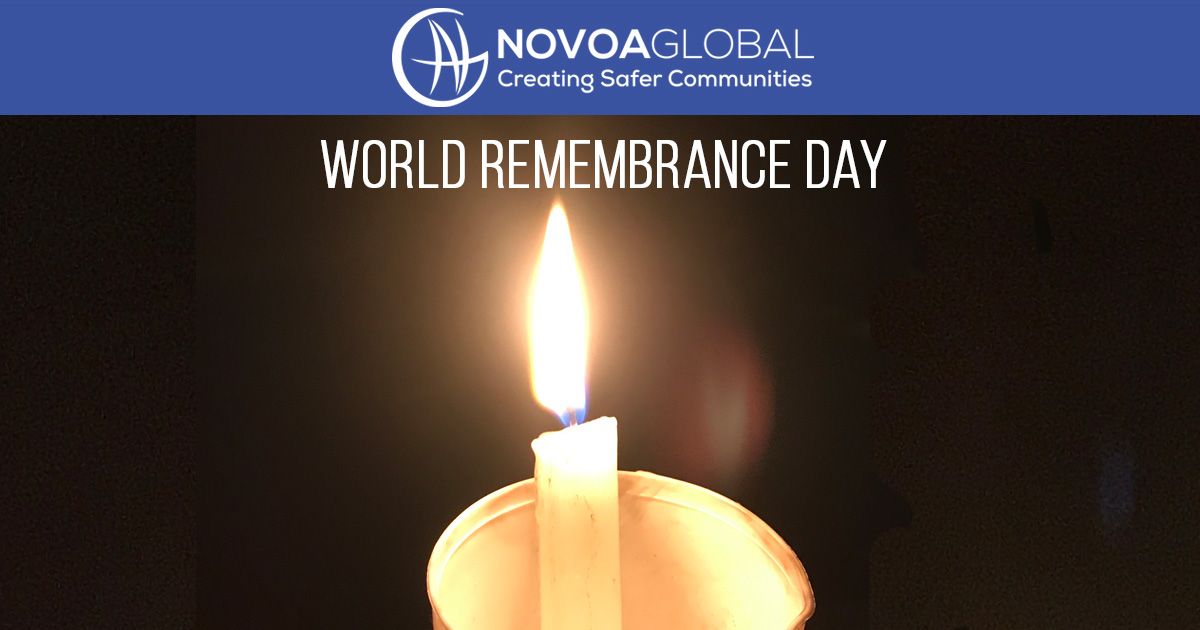 WHAT IS WORLD DAY OF REMEMBRANCE?

The World Day of Remembrance for Road Traffic Victims is a global event held on Sunday, November 20th with a Candlelight Vigil on Monday November 21st. The event is held in many communities across the US and the globe to remember the many millions who have been killed and seriously injured on the world’s roads and to acknowledge the suffering of all affected victims, families and communities – millions added each year to countless millions already suffering: a truly tremendous cumulative toll.

Across the globe, WDoR efforts share the overarching goals to Remember, Support & Act.

During the pandemic, the United States experienced the highest increases in traffic deaths in over a century, but traffic deaths actually declined in recent years in nearly every other industrialized nation. Why are we different? Because the policies and systems in place support roads that value speeding cars and not saving lives.

According to a recent report on traffic crashes from the Center for Disease Control, the United States is one of the most dangerous industrialized nations in terms of traffic violence. We had the highest population-based (per capita) death rate, the sixth-highest distance-based death rate, and the fourth-highest vehicle-based death rate among countries with data available. From 2015 to 2019, the U.S. population-based death rate increased nominally by 0.1%, whereas the average percent change of the other high-income countries declined by 10.4%. The United States experienced small decreases in distance-based and vehicle-based death rates, but these were well below the average decreases among other high-income countries.

Vision Zero is Possible: More than 40,000 people in the U.S. are killed in traffic crashes every year and millions more people suffer life altering injuries. Vision Zero – or zero traffic deaths – is achievable and, for the most part, we know how to do it.

Based on a growing body of data, expert analysis and reliable projections, we have the tools and the know-how needed to reduce traffic deaths by 75% in the next 30 years. A combination of policy changes (especially lower speeds), modernized road designs (such as more designated safe space for people walking and biking), automated enforcement, and other advanced vehicle technologies exist today and can be implemented to save lives. And anticipated, coming technologies can get us the rest of the way there.

We join Families for Safe Streets in commemorating World Day of Remembrance for Road Traffic Victims. Together, as those who have been personally impacted by crashes, we will join with the Vision Zero Network, It Could Be Me, the Road to Zero, and other street safety organizations, community members, faith leaders, elected officials, and dignitaries from across the country and around the globe to REMEMBER, SUPPORT, and ACT.

If you want solutions to your community’s traffic safety issues contact our experts at: 888-666-4218, Ext. 6 for East Coast and Ext. 7 for West Coast.  We can also be reached at [email protected]r