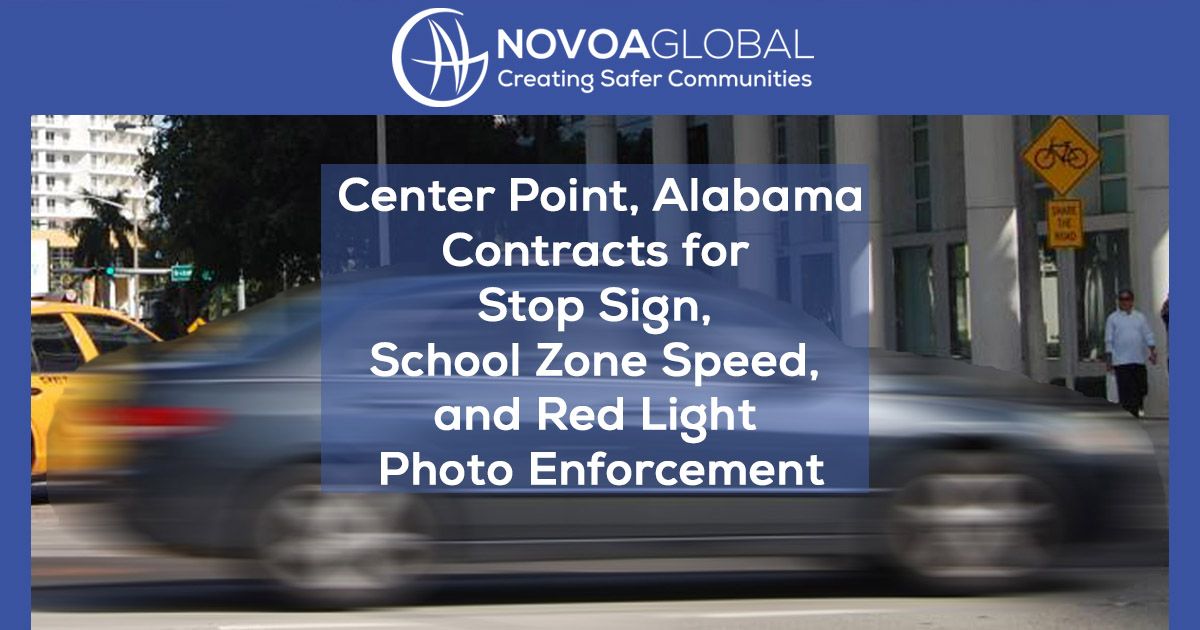 NovoaGlobal’s automated speed photo enforcement and red light camera solutions incorporate the latest cutting-edge technologies in camera, video detection, and multi-tracking radar. NovoaGlobal was awarded the contract to provide a complete turnkey solution to include the systems, maintenance, installation, implementation, and continuing performance of the hardware, software and supporting services.

Nationwide in 2019, speeding was a factor in 26% of all traffic fatalities, killing 9,478, or an average of over 25 people per day. The total number of fatal motor-vehicle crashes attributable to speeding was 8,544 according to the National Safety Council.

In 2018, 846 people were killed, and an estimated 139,000 were injured in crashes involving red-light running. IIHS found that about half of red-light running crash deaths involve pedestrians, cyclists and occupants in vehicles struck by the red-light runners.

“We want to help Center Point to be a Zero Fatality city with no fatalities or injuries from speeding in school zones, or stop sign and red light running,” said Carlos Lofstedt, President and CEO of NovoaGlobal.