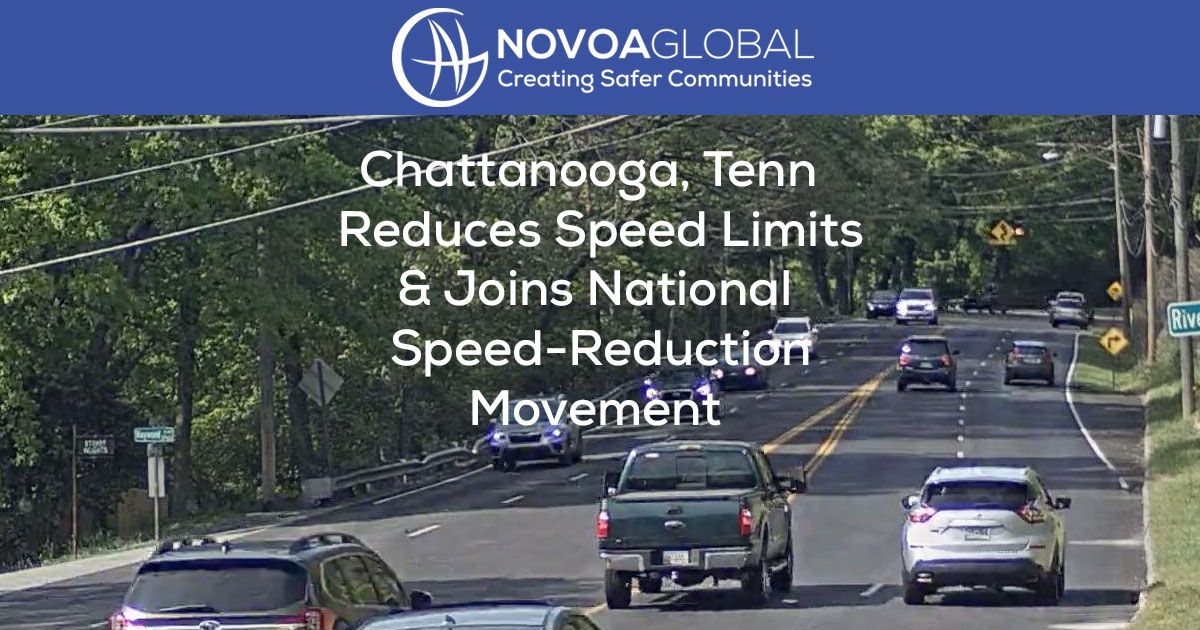 The Hixson Pike S curve is historically a very dangerous portion of the road. From 2000 to 2006, six people lost their lives at the S curves on the stretch of road between 2600 – 3400 Hixson Pike. In the following years, after the first camera’s installation in 2007, there have been no traffic deaths reported at this location. On other sections of Hixson Pike, 12 people have lost their lives between 2013 and July 26, 2021.

The sign speed limit was lowered to 35 mph from 40 mph back in March this year. Drivers have been given a grace period to change driving habits and the road signage updated, notifying drivers of the new 35 mph speed limit.  Starting August 1st, automated enforcement speed will be adjusted according to the new sign speed.

Chattanooga’s decision may have been influenced by local factors such as an increase in speeding, environmental factors, proximity to residential area, resident and business owner input but anti-speeding and speed reduction programs are gaining national attention. National organizations such as the Governors Highway Safety Association, the Insurance Institute for Highway Safety and the National Road Safety Foundation are working to institute an anti-speeding pilot program which represents a multi-state, multi-organization effort.

“In 2020, the increase in speeding and traffic deaths across the country was shocking. Reducing speed limits increases the safety of everyone, including motorcyclists, and pedestrians and that is our goal – safety, first and foremost. We’re proud to serve Chattanooga, a City on the forefront in technology and recently recognized as a leader in Smart City solutions,” said Carlos Lofstedt, President and CEO of NovoaGlobal.

While enforcement is a very effective way to get drivers to comply with any law, it is impossible for police to be everywhere. Photo enforcement educates road users, enforces traffic laws, thus creating a safer community for Chattanooga’s families and visitors.