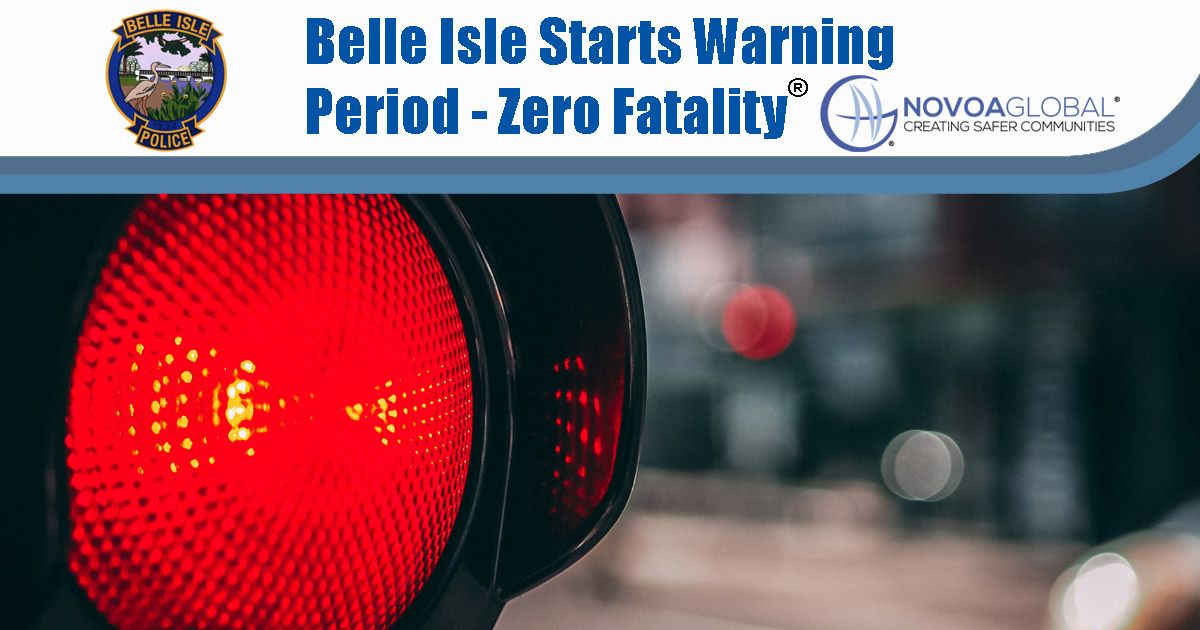 ORLANDO, FL, USA, November 1, 2022 /EINPresswire.com/ — NovoaGlobal, Inc. works with the City of Belle Isle, Florida, part of the Metropolitan Orlando area, to expand its red-light camera program to encourage safe driving at dangerous intersections. NovoaGlobal and City officials expanded the safety program to install an additional camera at one of the most dangerous red-light intersections in the city. The red-light camera enforcement program expansion begins with a warning period from November 1 to November 30th. This will give motorists time to change their driving habits before payable notices of violation begin December 1st with a fine of $158.

Accidents from red-light running are preventable. Belle Isle contracts with NovoaGlobal, working with City officials, to install cameras at the most dangerous red-light intersections. The following dangerous intersection expansion in Belle Isle will be monitored:

Signs “Photo Enforced” will be clearly posted at intersections and monitored all day, every day beginning November 1st with advanced photo enforcement technology from NovoaGlobal. The monitoring system captures photos and videos of vehicles that run a red light at the intersection.

After December 1st, if a driver runs a red light, the driver receives a Notice of Violation from the Belle Isle Police Department sent to the car’s registered owner. Photo evidence will be on the Notice of Violation and all photo and video evidence will be available online at https://zerofatality.com/ for the driver to review. During the warning period, drivers will receive the same violation notice but “Warning” will be stamped across the violation.

While enforcement is the best way to get drivers to comply with any law, it is impossible for police to be at every intersection. In 2020, 928 people were killed, and an estimated 116,000 were injured in crashes involving red-light running. The Insurance Institute for Highway Safety (IIHS) found that about half of red-light running crash deaths involve pedestrians, cyclists and occupants in vehicles struck by the red-light runners.

The IIHS found that when properly implemented, red light cameras reduced the fatal red-light running crash rate of large cities by 21% and the rate of all types of fatal crashes at signalized intersections by 14%.

Interested in using automated enforcement in your community? Contact Us: 888-666-4218, Ext. 6 for East Coast and Ext. 7 for West Coast.  We can also be reached at [email protected]