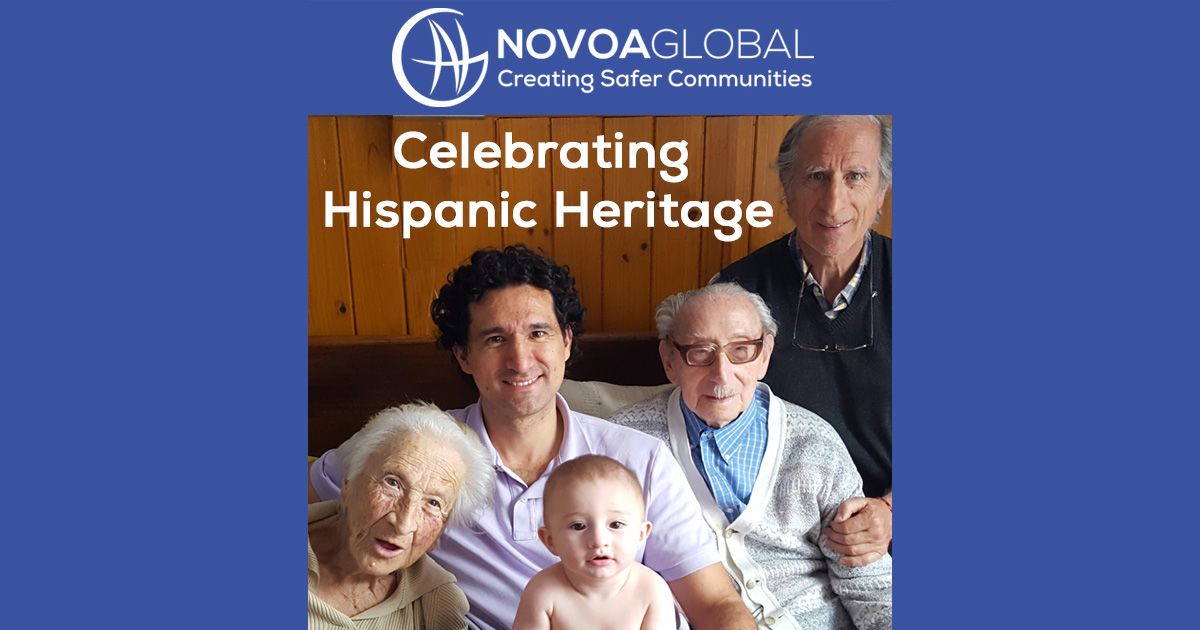 As the only Minority Business Enterprise (MBE)  in the automated enforcement industry, NovoaGlobal is proud to celebrate Hispanic Heritage Month. Hispanic Heritage Month celebrates the culture and contributions of Americans tracing their roots to Spain, Mexico, Central America, South America and the Spanish-speaking nations of the Caribbean.

“As with many Hispanics across the country, I inherited the values of family and hard work. My grandfather taught me to be honest, trustworthy and value the importance of our family. Those are values that embrace the foundation of this company. That is why NovoaGlobal is focusing on Creating Safer communities for our Families,” said Carlos Lofstedt, President and CEO of NovoaGlobal.

Novoaglobal is a leading developer and manufacturer of advanced traffic enforcement solutions with long-standing customer and partner relationships across the United States. NovoaGlobal uses advanced, cutting-edge technology to help save lives, solve crimes and educate citizens every day.

For more information about Hispanic heritage in the United States: https://www.census.gov/newsroom/facts-for-features/2021/hispanic-heritage-month.html

Children Are Back to School